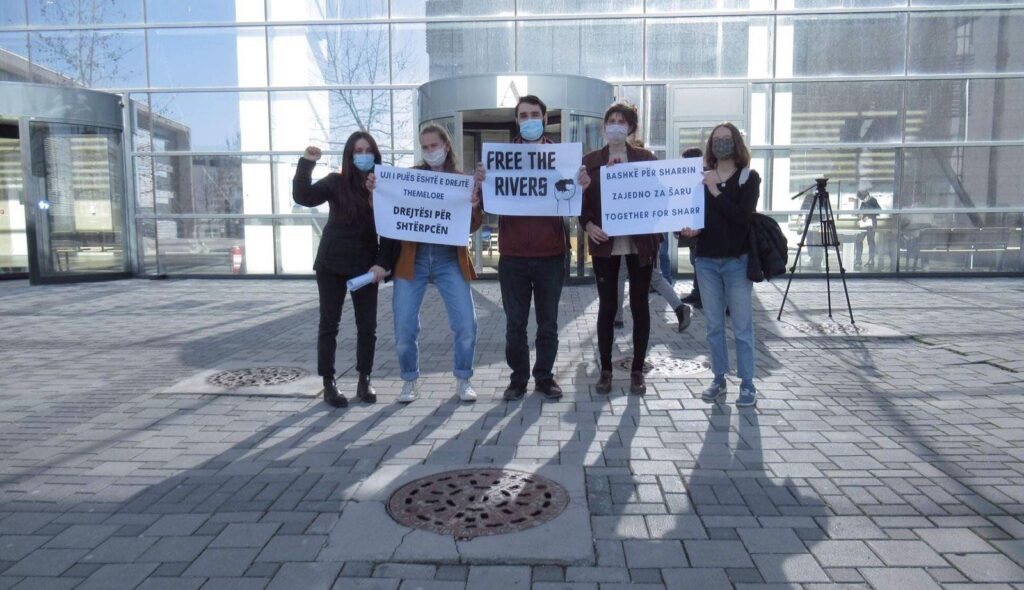 7Arte is excited to share the fourth and final article within the project “Showcasing the Unheard” in partnership with YEE (Youth and Environment Europe), emphasizing motivational stories of the young women of Kosovo. This is the story of the versatile activist Mevlude Skuroshi.

Mevlude Skuroshi lives and works in the city of Mitrovica, one of the most politically affected cities in the north of Kosovo. She is known as one of the most active citizens, with unstoppable and tireless work for the community for consecutive years. She has achieved professional training and understanding of civil organizations in the field of activism through engagement in the GAIA organization since 2016, although at the time it still lacked something stable in Mitrovica. “After I returned in 2017 from volunteer work in Scotland, where I was for 6 months, I saw that I identified with the organization’s values, so I stayed with them.”

Since 2017, Mevlude has been engaged in the civil society sector with professional commitment and has mainly dealt with issues that belong to the city of Mitrovica. There, together with other young people active in GAIA, she launched a program of the organization in 2018. “We initiated the program for building peace, the main goal was to bring people living on both sides of the city together. In the beginning, we were nomads, we didn’t have our own office, so we moved around other people’s offices. At the same time, we had time to read the needs of the city.” Thus, in the period of the pandemic, they founded the SOCIAL SPACE FOR DECONSTRUCTION initiative together with international volunteers.

The passion for literature and eco-poetry

Mevlude’s passion remains literature; she graduated in English language and literature, and as her graduation topic she chose the environmental emergency in the poetry of the English poet Ted Hughes. “I have tried to intertwine a love of mine with a concern of mine.” When she went to Scotland as a volunteer, she had the opportunity to visit the place where her favorite poet wrote, Yorkshire (England). Mevlude speaks with admiration about Hughes and his eco-poetry. “He was curious about flora and fauna, so when he was small, he caught any living thing he found and kept it in his pockets. When he grew up, he wrote about them and said; now, instead of catching them physically, he is catching them in poetry, because he had seen the cruelty of his childish act. He has written very deep poems that understand the biology and ecology of this world.”

“For the future, I don’t know specifically what I will do, because it depends on what need will appear in the city, on what cause will have to be lobbied for.”

Mevlude says that the way she approaches problems is that after she sees the problem, she deals with it; fixes it. Besides lamenting the way the government is neglecting the environment, the idea is to work in this field and reach a step further. For example, during the month of October 2021, a new problem suddenly appeared in Mitrovica; an asphalt was laid in the city park. “We started mobilizing, contacting people, acting. The work with activism is that very often you are faced with situations that are not similar, there is no manual that teaches you how to approach it because each problem requires a different approach. We exerted pressure on the municipality, on certain inspection departments, we wrote an open letter to the municipality, a petition, contacted with the media, we had picnics on the asphalt, other actions in the park, and we even created a song entitled ‘asphalti’ (link to the song: https://www.youtube.com/watch?v=idrOdPLq8v8), a form of satire that is inspired by what happened. Later, a part of the asphalt managed to be eliminated, but a part still remained and was covered with soil, it was simply flattened. In May, we had an action where we planted flowers around the asphalt. If the municipality does not protect our common public spaces, then we have to commit ourselves. In such cases, one often remains one’s own person, so it is important not to be demotivated, and still knock on people’s doors and continue. So whenever the problem presented itself, we dealt with it, since you can’t invent the cause, but they are source things that you notice are affecting us all.”

At GAIA Mevlude has also been active on the issue of hydropower plants, at the Brefest educational festival in 2018. “From there, the connection with Mount Sharr was born, after we saw that the water courses were being affected, we got involved and together with the support of others, we managed to stop the operation of the Brezovica hydropower plant. This is a part of my work outside Mitrovica, but without a doubt this danger also affects this city.”

In the public space near SSD Mevlude together with other activists have planted an urban garden. That has helped to create a connection with the community, through something very important, such as food. “Among other things, since 2020 we have organized actions against climate change in the city square, we have walked with banners in the form of a peaceful protest with our slogans that respond to global problems but also to those in a local context. Even in SSD we show films, there we promote revitalization, urban gardens, etc.”

Regarding the challenges in her country, Mevlude says that: “We lack mobilization, for people to come together in a literal way, we lack civic awareness as common members of a public space. People don’t see general problems as their own, it’s a cliché that everyone complains that no one is solving the problems.” She also lobbies for support from political leaders. “I can shout without a problem, I can be heard as much as possible, but at some point my potential ends, I can’t take the excavator to remove the asphalt, I need the cooperation of the legislators. Politicians should engage people of the field, they should include environmental and climate issues as part of the agenda, but not only formally. Not only to be heard mentioning the environment, but also to be an important factor in that field. We are a post-industrial city, with polluted rivers, and the municipality needs a lot of work in this direction.”

Mevlude emphasizes that work should be done towards the awareness of young people. “At school, environmental and climate lessons should be more present, not only in the theoretical but also the practical dimension. The idea is not only to organize an excursion to bring the children closer to nature, but also to plant a garden, preserve the existing trees and so on. While for many young people cutting trees is a means of survival in our country, we can help plant new trees. We need people of the field, who are professionally prepared for environmental issues, to let young people know that they have the right to demand from the legislators the quality of public space.”

“Active people that stand by me are my biggest motivation”

Mevlude’s message, especially for young people, is: “You should read, watch documentaries, move a little, you don’t need to go abroad, it’s enough to meet people from other cities and villages, observe, get to know the city, you must convey the municipality and the authorities and educate yourself in terms of civic engagement.”

As for her motivation, Mevludja says that: “What keeps me motivated are the people around me, not those who tell me ‘good luck’, but those who tell me what I can do, people who want to commit.” This is not a job that requires merit, or work for pleasure, this is a job that must be done, it does not matter if you have a motive or not.” 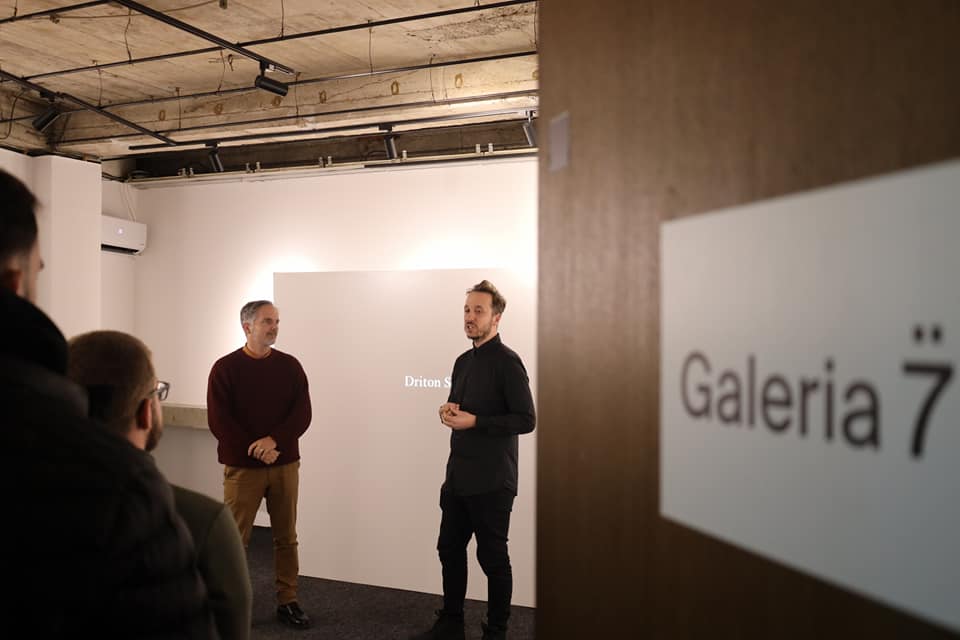 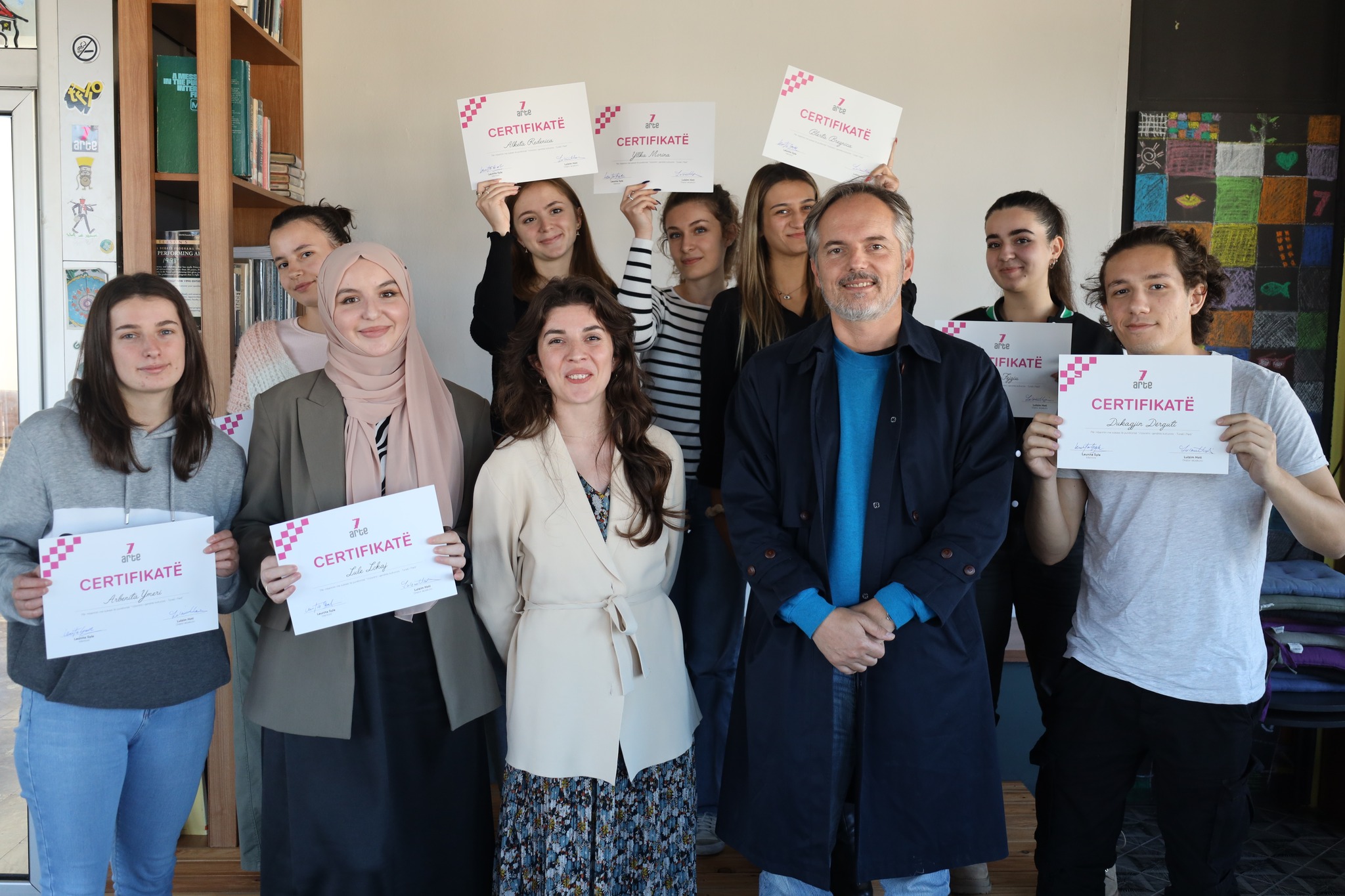 The workshop “Visioning the cultural center in the Tuneli i Parë started under the mentorship of Leunita Syla (MA). ... 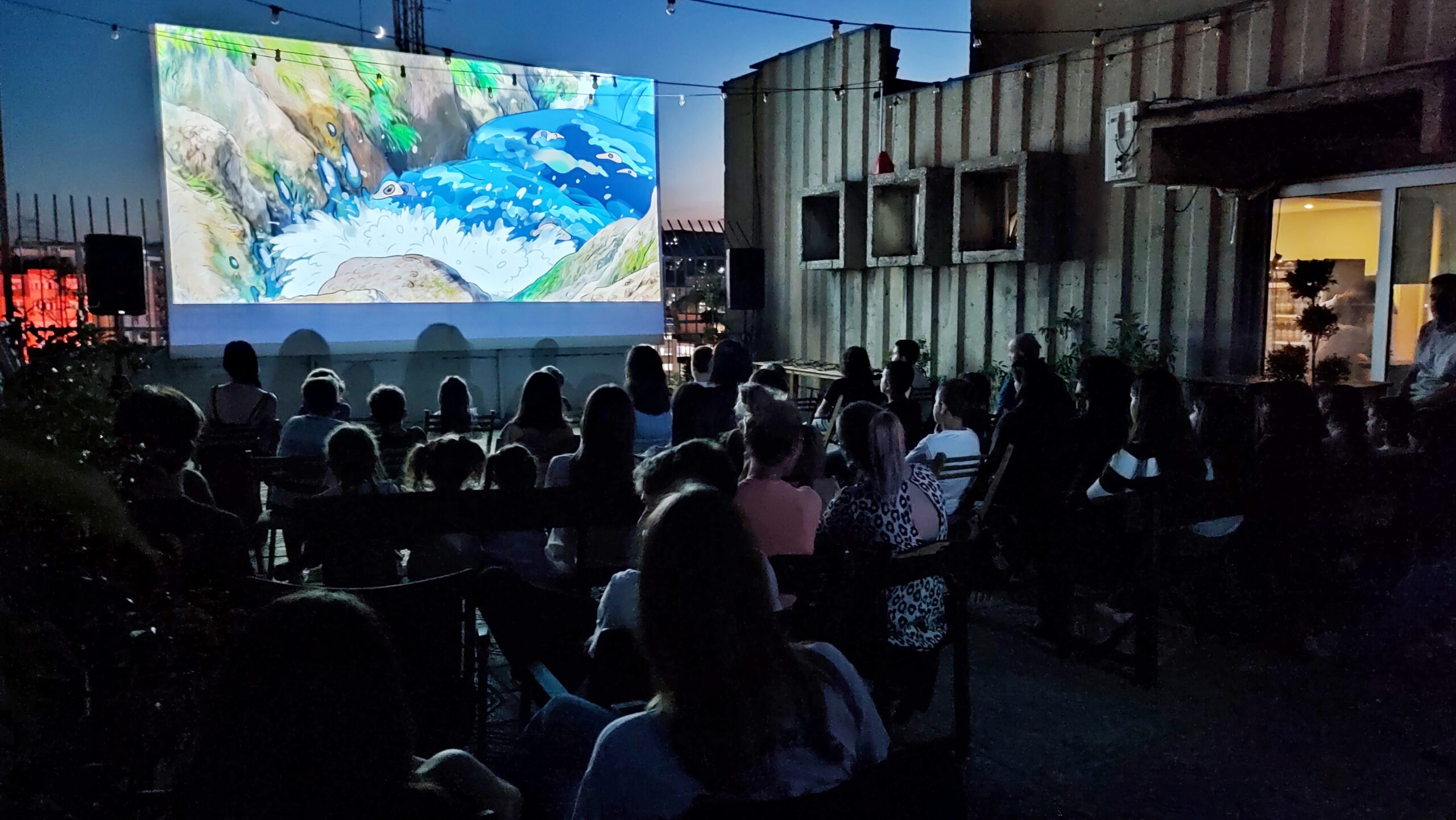 Trans Europe Halles (TEH) is a European network of cultural centers, initiated by citizens and artists who advocate and ...